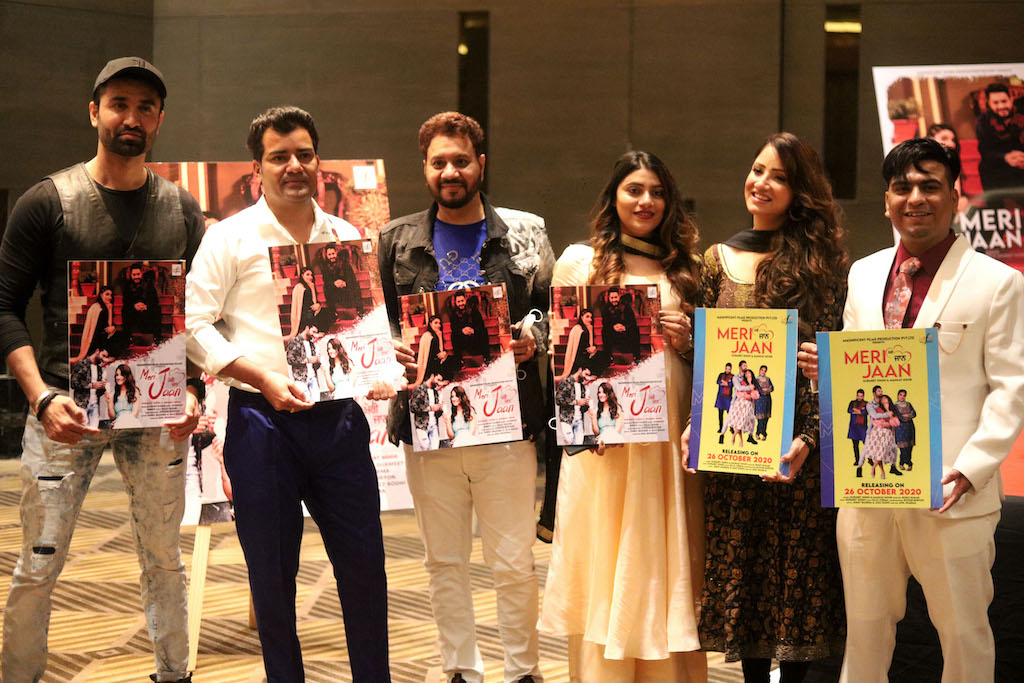 Giving information about the romantic melody, Magnificent Films Production MD, Song producer and actor Rohit Kumar told that music for this track has been given by Gurmeet Singh while the lyrics of the song are penned by Raju Varma. The video is choreographed by Richie Burton, who has also been a choreographer to famous songs such as Long Lachey. Whereas, the song is directed by Anil Sharma.

The song features Bollywood and Pollywood actor Jimmy Sharma and actress Jazz Sodhi, who played an admirable and heart-touching performance in the video. The ‘Meri Jaan’ romantic song has been shot in different parts of Chandigarh and Shimla.

While talking about her experience of working for this track, Jazz thanked Magnificent Films for giving her an opportunity to work with such seasoned Punjabi artists.

In the course of a career spanning around a decade, musician and film score composer Gurmeet Singh has associated with over forty Punjabi films. While speaking on the occasion, Singh shared, “I am sure that this song will fascinate the listeners with the melodious voice of Mannat Noor. This song will touch the hearts of people of every age group.”

“I am happy to be a part of the song “Meri Jaan” video and I am really thankful to Magnificent Films which has come up with this ambitious project,” shared Jimmy Sharma,

The magical voice behind this track, Mannat Noor, is an Indian singer singing primarily in the Punjabi language. She has sung songs for films including Laung Laachi, Carry On Jatta 2, Sonu Ke Titu Ki Sweety and National Award-winning Harjeeta. Her song Laung Laachi is the first Indian song to reach 1 billion views on YouTube. While speaking on the occasion said she was fortunate working with Magnificent Films Production Private Limited which is also giving youngsters a platform to perform. She said it was indeed a privilege to perform with renowned musician Gurmeet Singh and said the melodious love song is sure to touch the romantic chord of listeners.

Punjabi film writer, Raju Verma, who is best known for his Punjabi films Aate di Chidi, Muklawa, Lukan Michi, Laddu Barfi, and Challe Mundrian, said, “Every effort has been taken to make it sure that the lyrics of the song appeal to the listeners. Magnificent Films has come up with this wonderful song by involving all top artists of the Punjabi industry”.