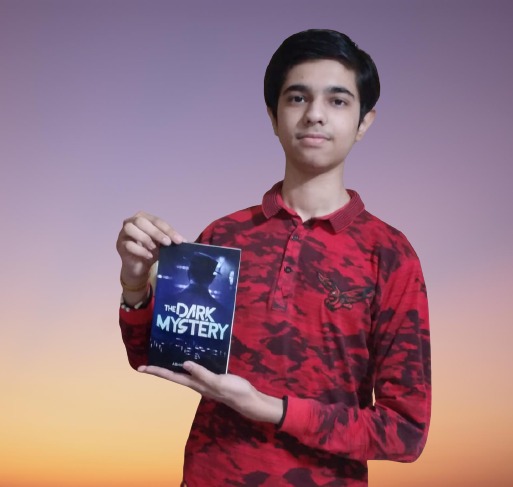 A 10th class student of Manav Mangal School, Abhipsit Bajpai has recently released his fiction and suspense themed book, Novelette The Dark Mystery which is published by Rigi Publication.

The book was recently inaugurated by Harish Gupta, the Head of Builder Association Chandigarh, who also awarded Abhipsit with twenty-five thousand rupees for his next book.

“Despite the tiny size, the book has really nice content. The vision of the author in this age is considerable,” shared Gupta.

While talking about his writing journey for this book, Abhipsit shared that he initially started by writing just four pages that were really well-received by his friends, which in turn persuaded him to complete the mystery.

“My next book would be a comedy book in Hindi, and it would be totally different from this one. The idea for it comes through a Bollywood movie script that I had written in 6th standard,” shared Abhipsit who has an array of Olympiad championships and quizzes to his credit.

He also informed that his prominent quiz mates are Dishita Gupta, Parth Goel, Aryan Wallia, Sattyadeep Garg and Suvinay Goel, and his teachers Mrs Beenu Singh and Mrs Amrita Priya have always played a key role in his overall growth and development.