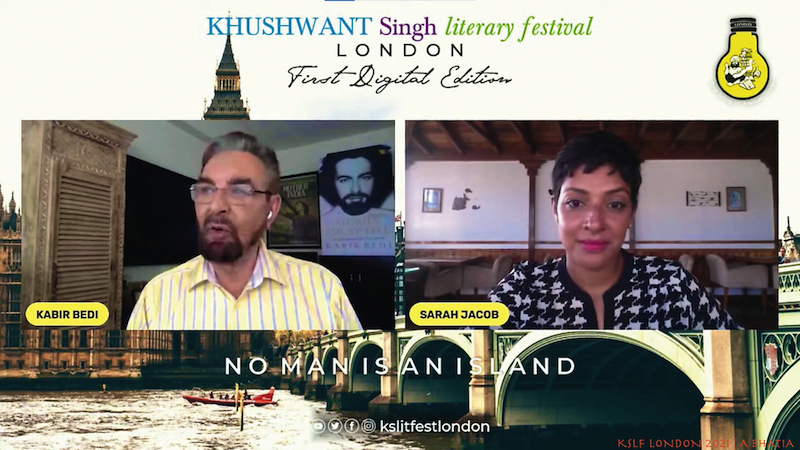 The first digital edition of the Khushwant Singh Litfest, London, recently took off with an underlying message of cross-culture relations that form the bulwark of our society.

The two-day litfest pegged on the theme, No Man is an Island, saw noted historian Fakir Aijazuddin setting the tone for it as he enunciated ideas and philosophy of Khushwant Singh whom he described as a quintessential humanist who epitomized different religious persuasions.

The inaugural session of the litfest had noted art historian Vidya Dahejia in conversation with celebrity author William Dalrymple over her book, A Rediscovery of India in 100 Objects.

Nostalgia and pathos overtook the second session in which former Pakistan prime minister Benazir Bhutto’s UK-based close friend, Victoria Schofield, deliberated at length on her book, The Fragrance of Tears, based on life and experiences of Benazir.

The last session was again a reflection of inter-faith bonds that Indian British author Shaheen Chishti, who is a descendant of the famous Ajmer Sharif dargah family, has brought about in his book, The Granddaughter Project.

Whereas, the second day’s two sessions celebrated cine star Kabir Bedi in conversation with Sarah Jacob on his book, Across the Universe, and Dr. Jane Goodall, DBE, talking to Gargi Rawat on her (about to be released in October) book, “The Book of Hope”, which proved to be an enthralling delight for everyone.