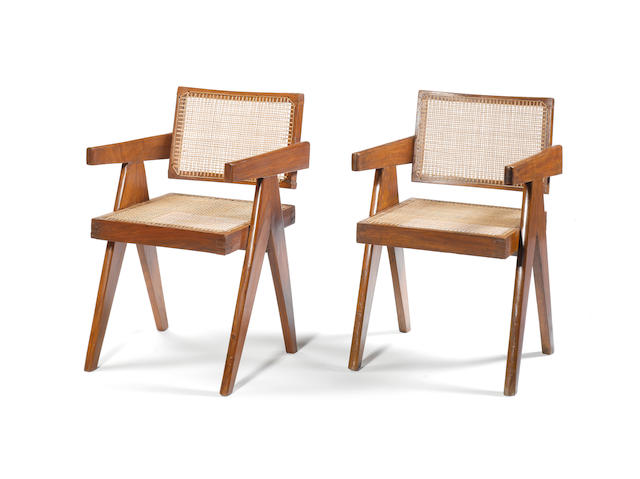 The Metropolitan Police, London, investigating the case pertaining to sale of heritage furniture from Chandigarh has found no illegality in the auction. In a reply to a query sent by Tricity Scoop the police have stated that ‘no criminality’ has been found in relation to the sale.

Even when the Indian High Commission in London raised the issue with MET Police, Scotland and Bonhams auctioneer, ten heritage items from Chandigarh designed by French architects Le Corbusier and Pierre Jeanneret were sold. Heritage furniture items had fetched a record Rs 2.11 crore during an auction by Bonhams, an auction house, in London early this week. Among the items auctioned was a ‘committee table’ that was designed for the Assembly in 1963-1964 and fetched Rs. 71.57 lakh.

Tricity Scoop contacted both Bonhams and MET Police on the issue, to which Pete Davey, MET Police Spokesperson, replied, “Officers from the Specialist Crime Command did contact Bonhams at the request of the Indian High Commission (IHC). The IHC also contacted Bonhams themselves separately. After conducting enquiries officers were satisfied that there is no criminality in relation to the sale of these pieces.”

On the other hand, Lucinda Bredin, Global Director of Communications, Bonhams, in a reply to Tricity Scoop said, “We are confident the Chandigarh furniture, offered at auction on 14 October 2020, was exported correctly from India and had been brought into Europe before 2009. Bonhams’ policy is to conduct extensive provenance checks on consignments offered for sale at auction.”

Chandigarh heritage furniture sale has been under scanner since many years but the Indian government has not been able to get any results. Chandigarh Administration has been taking up the issue with the government repeatedly but auction has been going unabated.

While speaking to Tricity Scoop, Ajay Jagga, a member of the Heritage Protection Cell of Chandigarh, said, “I as a citizen am doing my duty, by attempting to stop the auctions and bring back our heritage items to Chandigarh.

When no representation worked, he filed a PIL in 2011, which was heard by the Punjab and Haryana High Court. The PIL ended with the commitment of Chandigarh Administration to preserve the heritage. The MHA, then got sensitized and prohibited the export of furniture of Chandigarh vide orders dated 22 Feb, 2011. In 2017, the Paris police approached our High Commission asking “Do you have enough laws to protect your goods of Chandigarh in Paris?”.

He added, after many years of continuous follow-ups, I was able to prohibit all exports of Chandigarh furniture through Archaeological Survey of India (ASI), which is the major achievement.

“Regarding the London auction, with my intervention, I was able to convince the Indian High Commission to take up the matter with the UK police i.e MET police of Scotland, to check the items as to how these items reached London”, Jagga added.

UT Adviser, Manoj Parida, who is also Chairman, UT Heritage Protection Cell, when contacted by Tricity Scoop said, “We have written to the central government. They are keeping a watch. We are setting up an antique furniture museum in old press building. We will accommodate a few items there.”