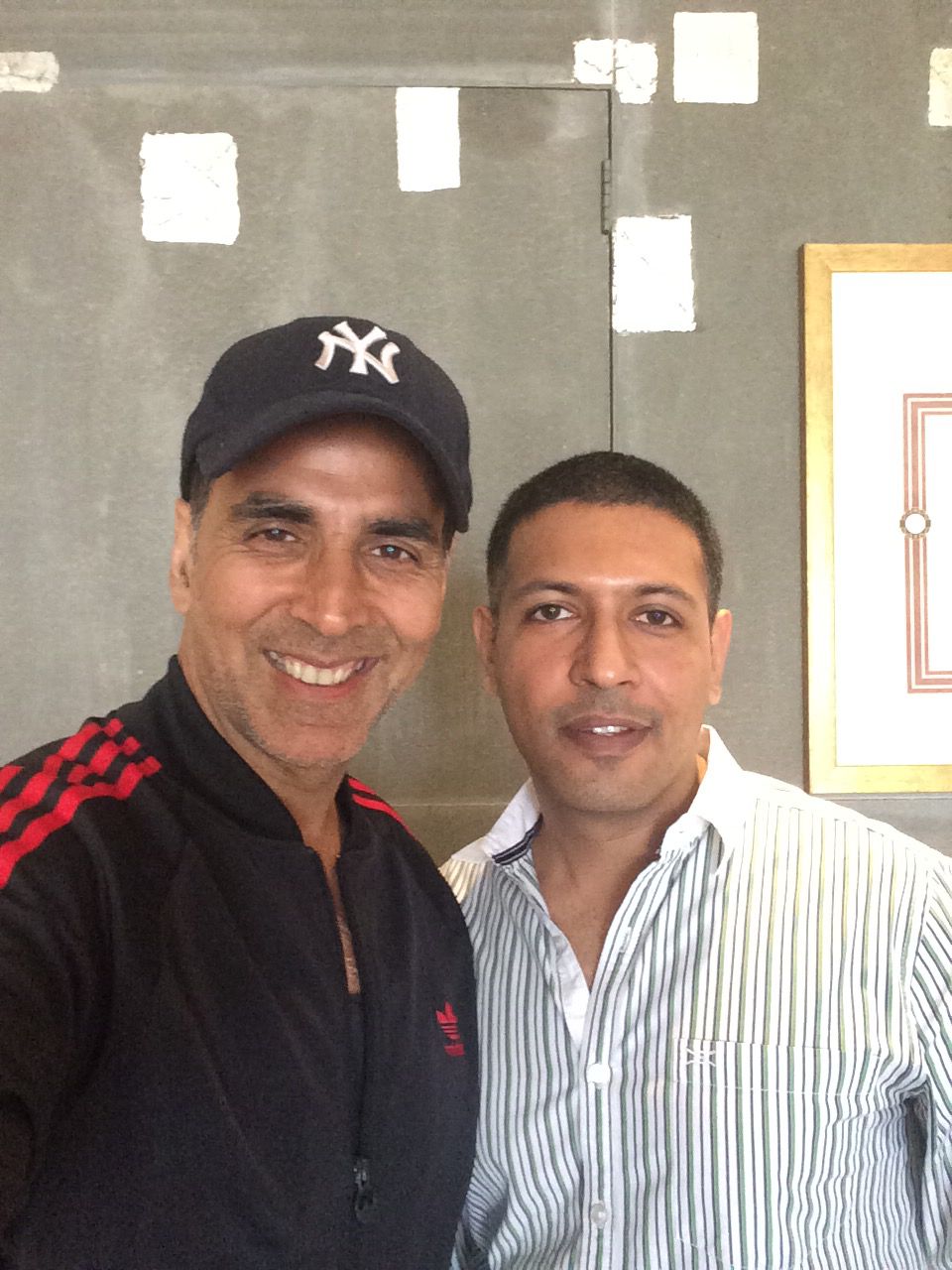 From a Guy Next Door to the Bollywood Hotshot!

This story is a special one for all the movie buffs out there because we talk to the incredible writer behind some famous Bollywood movies like Malang, Bell Bottom, Chhalaang, Baazaar, P.O.W Bandi Yuddh Ke, Saragarhi 1897, Paanch and Uttaran. However, what makes this story even more special is the fact that these movies are penned by our own Tricity’s guy next door – Aseem Arrora.

Aseem is an Indian screenwriter with an array of successful and critically acclaimed films and television shows under his belt with the recent one being Akshay Kumar starrer Bell Bottom.

While Aseem has several prestigious upcoming new projects in the B-town, not many people know that he originally hails from Chandigarh. So, in a heartfelt interview with us, Aseem sheds light on his vibrant childhood days in Tricity and further talks about some of his fond memories here. Happy reading!

Walk us through your childhood days in Tricity. What are some fond memories from those days?

My father was originally from Chandigarh. We stayed in sector 27-D. Some of the earliest memories include the safe environment that this city offers. My parents were working, and my brother and I never felt afraid. We used to travel to school in local buses or cycle. When hungry or in search of some peace, we would head to the Gurudwara. At times we would play cricket all day long in the large playgrounds that only Chandigarh can offer. Go to anyone’s house for water and be offered fruits aplenty as well.

Chandigarh means to me what Dehradun means to Ruskin bond. I have studied at the DAV School, Sector 8 Panchkula before moving to boarding – Sainik School, Sujanpur Tira for three years, and that’s where my fascination with the uniform started.

What inspired you to venture into the Bollywood industry? Tell us more about your experience so far?

I wanted to join the defence forces, but my eyesight went kaput very early. Frustrated and with no option in sight for a career, I must say that I was blank for a few years until I saw the Raj Kapoor film festival on national television. I saw all his 15 odd films and that turned out to be my calling.

I worked and saved money while pursuing a degree and part-time theatre. And as soon as I had enough to last me three months, I boarded the first Rajdhani out. Thankfully work came along the very next day and I’ve never been without it. The Hindi film industry has been very kind to me. It has helped me evolve as a person and there has not been a single moment that I regret here.

The journey has been slow but definite in terms of growth. In terms of the films and shows that got me some glory include Malang, Bell Bottom, Chhalaang, Baazaar, POW Bandi Yuddh Ke, Saragarhi 1897, Paanch and Uttaran.

What are some of your upcoming projects to look out for?

I think the first film to come out this year would be Akshay Kumar’s starrer thriller followed by Karthik Aryan lead Freddy. After that, it would be Mohit Suri’s Ek Villain Returns and Sidharth Malhotra starrer Mission Majnu. All of them are special stories and I really hope and pray that they leave a solid mark at ticket windows as well as garner critical appreciation.

Not one. There have been many. I’ve realized that the journey keeps getting interesting as you come across more and more inspiring people. Starting with Raj Kapoor to Mansoor Khan for their movies. AR Rahman and Binod Pradhan for the beautiful technical wizardry they bring to the table. But most of all it is Akshay Kumar. His journey, his conduct and his discipline are what I try to imitate/follow. I know I don’t have a writing degree behind me, nor do I possess some outstanding language skills. But I’m aware of how I can outdo myself every single day based on sheer hard work.

One thing that you love the most about Tricity?

There’s a beautiful line in Crash which says, ‘People man people’. That’s what I love the most about Chandigarh. The people here are really largehearted, helpful, and always ready to embrace. They have a metropolis life but a rooted lifestyle.

One final message for all our readers.

Be kind. You wouldn’t even know how many bridges you build when you show compassion. And those bridges do come in handy!