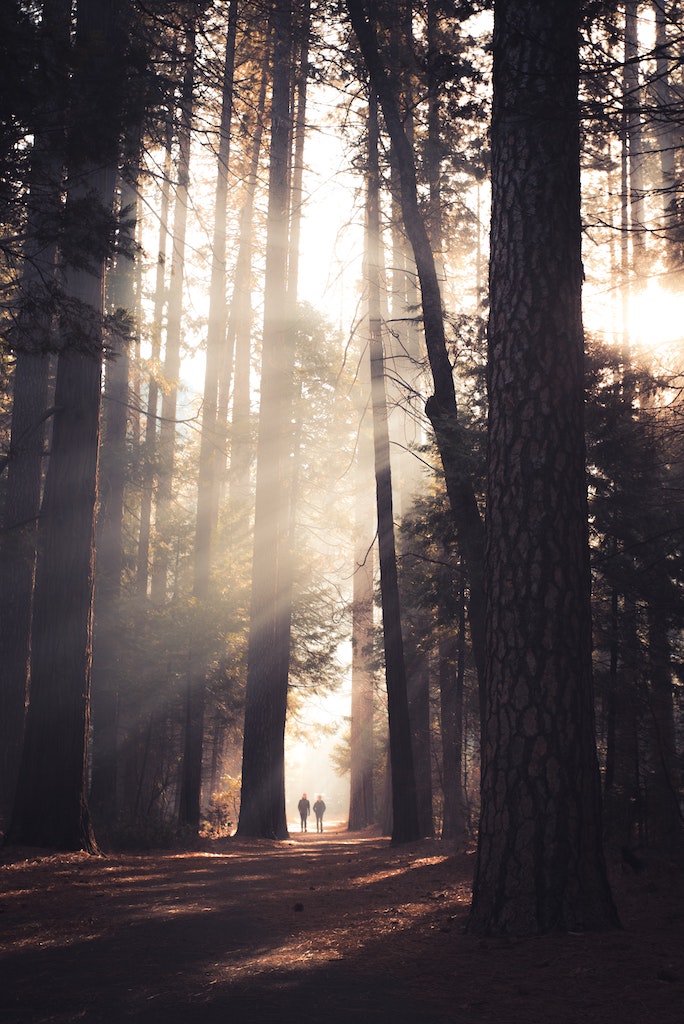 “Maybe you are searching among the branches,
For what only appears in the roots.” – Rumi

The roots of human existence lie deep in nature as it is imbued with revitalizing life force energy. Regular interaction with nature is the key source of our well-being. Owing to the trends of urbanization, the pressure of daily grinds of life, hypnotizing spell of social media and the technological boom – the human bond with nature is weakening at a faster pace than ever before. American author and journalist Richard Louv cited this disconnect as ‘Nature Deficit Disorder’ in his book ‘Last Child in the Wood’. It brings physiological and psychological implications to humans.

The Japanese, during the 1980s, discovered a natural therapy called ‘Shinrin-yoku’ to counter the pressures of work and life. Since then, it has been a pillar of Japanese culture. It has been gaining the attention and imagination of the world for a long time now. From Hollywood actress Dame Judy Dench to pop star Justin Bieber, from Duchess of Cambridge Kate Middleton to Indian supermodel Milind Soman, it has a long list of admirers all around the world.

Shinrin-yoku literally means ‘forest bathing’. It is a slow mindful leisurely walk-in nature – soaking in the onrush of magical sights, mesmerizing sounds and bucolic scents of the wild. All that one has to do is – explore, observe and absorb the green surroundings through the five senses and nourish mind, body and soul. Don’t forget to leave gadgets and mobile phones at home.

Spending time in nature is therapeutic for human health.

Daily interaction with nature lowers the risk of behavioural problems up to 17%. It lowers anxiety, anger, sadness and depression. Scientists from Harvard Medical School have found that it reduces cortisol thus helping in de-stressing. It calms the mind and improves focus which leads to clarity of thought, better decision making and problem-solving.

Walking barefoot on earth helps in gaining free ions from the soil. It produces a healing effect down to the cellular level. “Touching soil, plants and animals help us improve microbiome health which provides us both physical and psychological benefits.” opines Gretchen Cara Daily, American environmental scientist. The phytoncides (essential oils given off by trees) boost immunity and increase natural killer cells. Negative ions in water bodies rejuvenate us.

As per a report by The World Economic Forum, spending two hours per week in nature can lower the risk of diabetes, obesity, blood pressure and cardiovascular diseases. Furthermore, it improves sleep and digestion. Childhood access to the green world strengthens cognitive health in people even during old age, finds the USDA.

In India, the popularity of Forest bathing is gaining momentum. “As the pandemic hit, health and well-being became a top priority for people. They are returning to nature,” tells Vaishnavi Viswanathan, who runs Nature Connections – a platform that organizes forest bathing workshops and walks. Other platforms run by certified forest bathing facilitators organize walks, eco-therapy sessions, forest bathing events and retreats in different cities across the country like Shivalik Hills in Chandigarh, Cubbon Park in Bangalore, Aarey Forest in Mumbai, Sanjay Van and Lodhi Gardens in Delhi and so on.

“Most of the people think that they have to go to a forest area or a hill station to connect with nature. But actually, it can be done anywhere – in a park or a garden or even at home,” says Vaishnavi Viswanathan.

“We tap nature’s healing powers through specific activities conducted in three phases. They help people to disconnect from busy urban lifestyles; allow the mind to slow down and then integrate with nature,” adds Vaishnavi.

“A walk in nature helps me to connect to my inner self. The anxiety vanishes. I feel more calm and focused. An intriguing explanation is given in the Upanishads about the same. The five elements are ‘Panchbhutas’; each relates to one of the five senses of the human body. The nose connects to Earth, the tongue connects to Water, the eyes connect to Fire, the skin refers to Air, and the ears refer to Space. So, immersing ourselves in nature with all the senses leads to spiritual awakening gradually,” says Vasundhara Chaudhary, a medical student.

Shinrin-yoku is a green prescription for a holistic life. Set out – tread the woods. Nature will open up the faculties of your mind, body and soul.