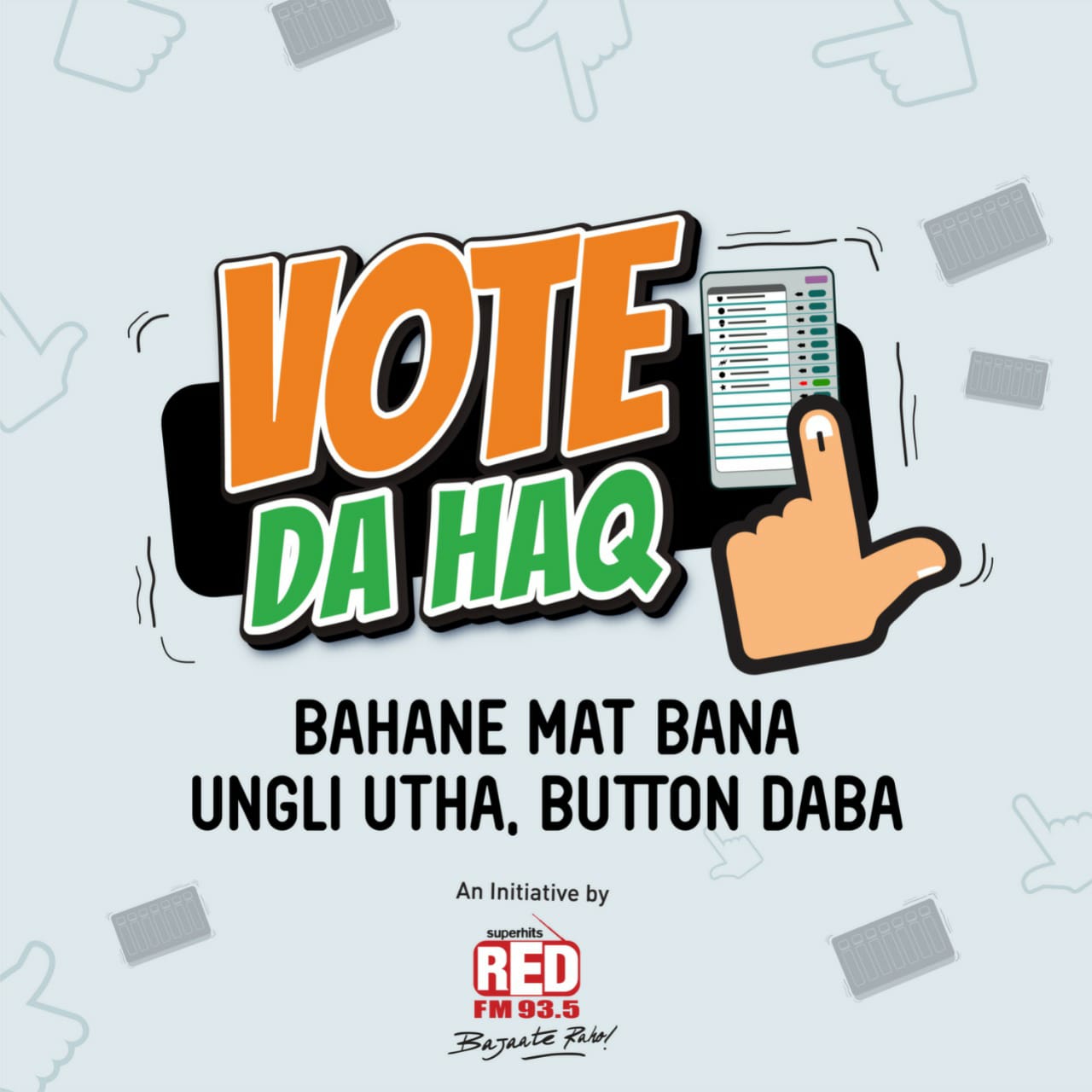 Creating Awareness For the Right to Vote

By Bhavya Gaind on February 6, 2022
India’s leading private radio and entertainment network, 3.5 Red FM has announced a new campaign, ‘Vote Da Haq’ to spread awareness and drive maximum participation of citizens to cast their vote in the upcoming assembly elections across the five states of the country. The campaign aims to push the message across to its listeners that voting is the fundamental right of every citizen and it must be exercised in the best interest of their state.
An Innovative Approach
With a specially curated anthem, celebrity appeals, inspiring stories and utility information, the campaign has multiple approaches to motivate new and first time voters as well. On the day of voting, Red FM will play hourly countdown bumpers starting 6 am urging people to vote; stating hours of voting time left for them to step out and exercise their right to vote.
Making Way For Progress
Speaking on the initiative, Nisha Narayanan, Director and COO, RED FM and Magic FM, said, “We can all agree that by not voting, an individual is failing to include a probability of a tomorrow that is, or can be. In a humble effort to encourage more people to go out and vote in the upcoming state elections, we are happy to announce the launch of our new campaign “Vote Da Haq”. Chief Electoral Officer has appointed our RJs as the Youth Icons for different cities in their respective states, and our key emphasis will be on first time voters, specially those who have just turned 18. Well known personalities and influential voices will also join us in our endeavour. We look forward to spreading a positive message through our initiative and mobilising large numbers to exercise their right and fulfil their responsibility.”