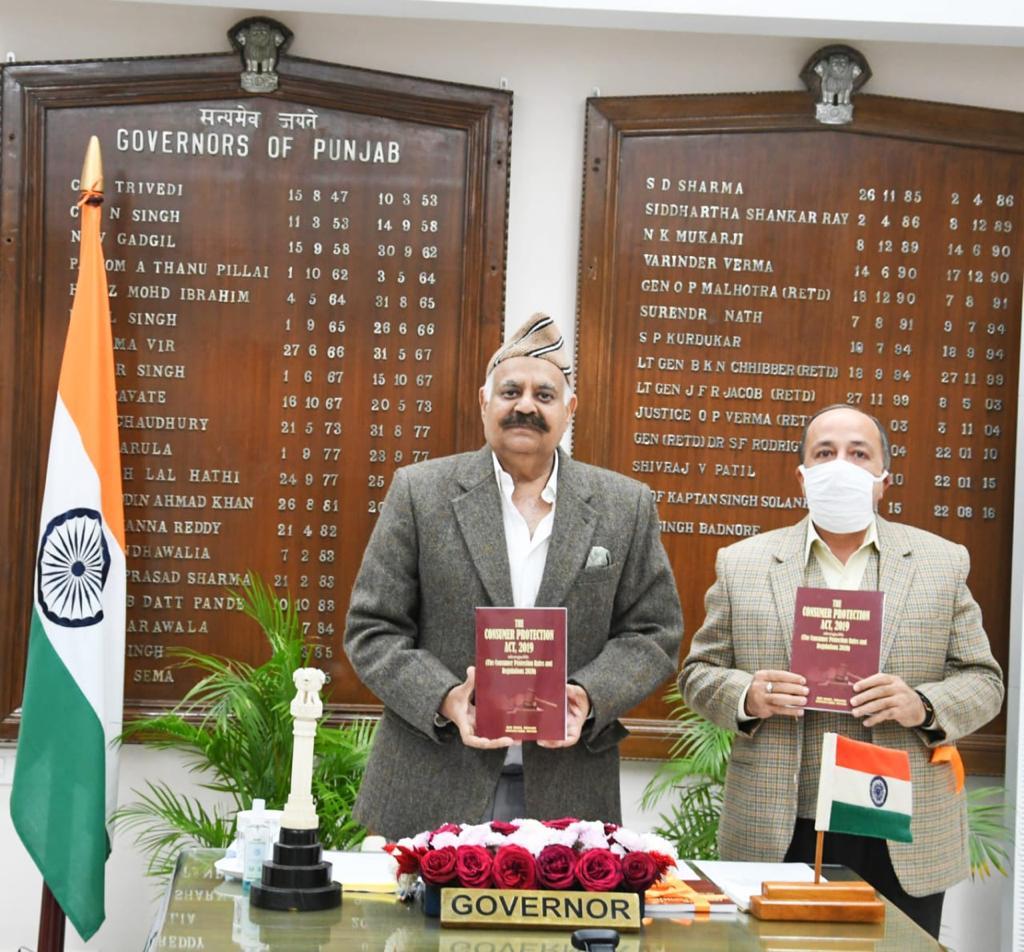 The introduction of the book was given by the author Ajay Jagga, detailing the new law and its new features empowering the consumers.

Satya Pal Jain, Sr. Advocate and Additional Solicitor General of India, gave the opening remarks about the book and congratulated the authors for releasing the book which gives in detail the various facets of the act.

V P Singh Badnore congratulated the authors and conveyed the importance of national consumer day and reiterated that the nation is committed to empowering the consumers, which is the mission of the Prime Minister. He appealed to the people to be aware of the new law through the book and enlighten themselves and society about the consumer rights.

Ajay Jagga, while talking about the book said, “I must complement our parliament and the Government of India for replacing the 33-year-old Consumer Protection Act, 1996 with the golden legislation i.e. Consumer Protection Act, 2019. The overall support of the bill, in the parliament, was for the simple fact that the new act would ease the overall process of consumer grievance redressal. This new law aims to protect the rights of consumers by establishing authorities for timely and effective administration and settlement of consumers’ dispute, setting up of a Central Consumer Protection Authority (CCPA) to promote, protect and enforce the rights of consumers as a class. For the first time in the history of consumer grievance redressal, the law provides for the class action (like PIL). It also provides for meditation and e-filing of cases, which is a revolution and speaks loudly for consumer empowerment. The long-pending issue of jurisdiction is also sorted, as the consumer will be able to file cases in the nearest commission under the jurisdiction of which he resides. The registrations on e-commerce and direct have also been notified.”