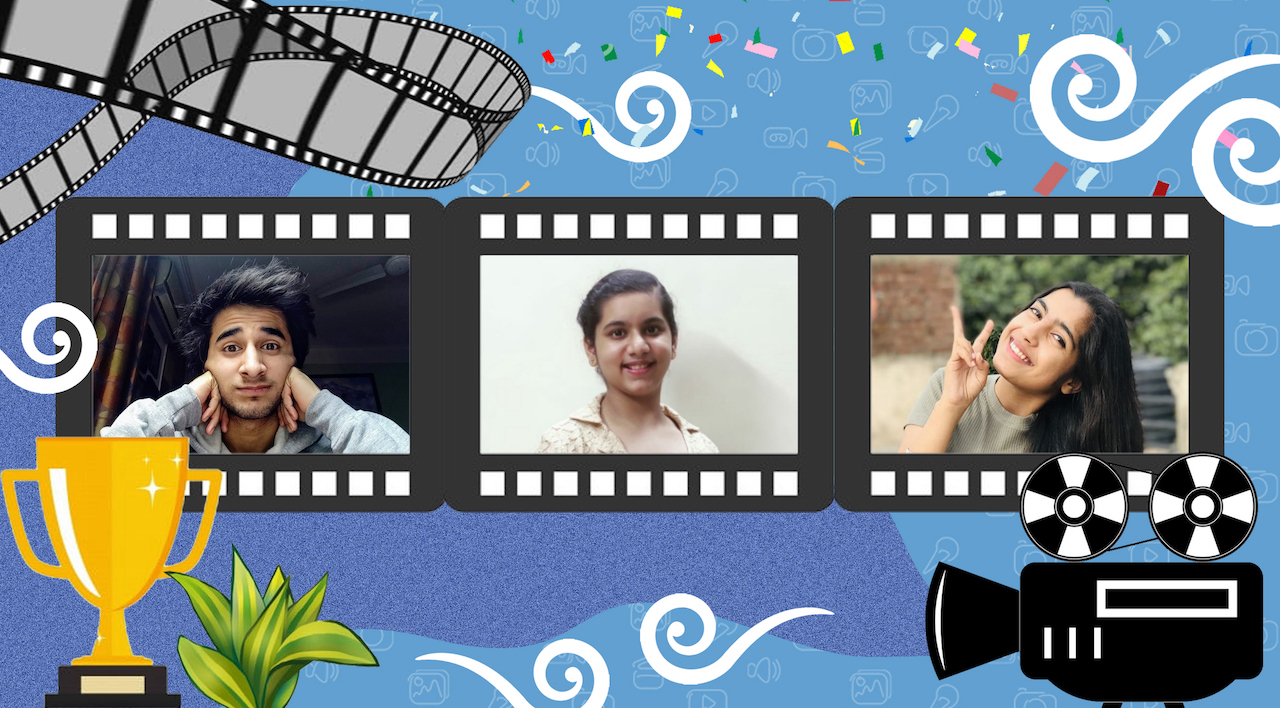 Contributing Towards a Better Tomorrow

Let Me Breathe (www.letmebreathe.in)- a community platform, which documents and shares stories on environmental and sustainability concerns recently conducted a Clean Air Punjab storytelling workshop. Three children who had submitted some brilliant entries and were the prize winners, left us impressed with some thought-provoking ideas, which bring out the fact that our Gen X is concerned about the air that we breathe.

So, we speak to these three ‘brand ambassadors in the making’ about the vision behind their entries and how they plan to contribute towards a better tomorrow.

While the first prize for the competition was bagged by Akshyae Singh, an 18-year-old student, who crowdsourced a video from his friends & family in Mohali about Punjab air pollution, a Class 8th student Anvi Sadana from Amritsar won the second prize. The third prize was given to Avneet Kaur, a 15-year-old student from Kharar.

Saafsaans, an environmental conservation organization founded by Akshyae in January 2020 has done quite a few projects including walkathons, plantation drives and online challenges, and this contest video has been launched under the same brand name.

What motivated you to participate in the Clean Air Punjab competition?

As an environmentalist, I have been passionately working towards environmental upgradation. Having done various other videos, I understand the importance and influencing power of storytelling through videomaking. The clean air Punjab competition allowed me to reach out to a large audience and apprise the viewers with a qualitative analysis of the issue backed up by statistics along with a few solutions that I implemented in the area. This competition was the perfect push for me to know the views of people and how they suffer from the ill effects of air pollution.

On an issue like air pollution, it is more important to connect to the people than talk about the problem itself. This connection could only be achieved through a ‘relatable effect’- which is, talking about something in the video that the viewers can relate to. This was achieved by the interviews that I took of people who were most affected. This included farmers, senior citizens and parents of children suffering from pollution-related diseases.

The video as a whole was divided into 3 simple parts- the introduction+problem, the interviews, and the solution. The introduction comprised of a ‘hook’ which was a video that was used to grab the attention of viewers so that they would watch the video more. The problem included a few facts and figures. The interviews included 10+ interviews which originally made a total of 30+ minutes, which I narrowed down to 1.30 mins approximately. The solution included a few steps taken by me and other solutions being implemented.

By working towards the environment for so long, I’ve realized that I want to work towards environmental upgradation and improving its relationship with mankind. With this in mind, I have decided to combine two of my interests – environment and science to become an environmental engineer and design innovative solutions by using science and technology as a tool. I want to combine personal effort, social effort, and my scientific knowledge to contribute towards the global problem of air pollution.

What motivated you to participate in the Clean Air Punjab Competition?

Well, thinking that I would acquire avant-garde skills, subduing onerous projects, and coming up with creative ideas would not only lead me to be a flawless explainer but also it would aware people regarding keeping the air of Punjab clean.

I desired that people should both be engrossed to see my video as well as they should understand not to create air pollution otherwise it would indeed be a cause for alarming and quite essential concern.

I have decided that during my gala time or once in a week I will definitely take some initiatives to make people aware of air pollution. I would write articles regarding the same and post them to my friends and relatives.

What motivated you to participate in the Clean Air Punjab Competition?

One way of dealing with a complex problem like air pollution is to share our stories of how it is affecting us. The competition was organized by letmebreathe.in which gave me an opportunity to share the most unheard Punjab pollution story and how it has affected me in numerous ways. In this, we also got a chance to be a part of a storytelling boot camp & training session.

People of Punjab yearn for clean air, a safe environment, and high standards of living. This is the reason why most of the students in Punjab; after 11th or 12th migrate to Developed countries. However, not a single soul tries to make their native state clean and pollution-free. This was the main reason which motivated me to participate in the Clean Air Punjab Competition.

I shared a firsthand experience of how air pollution in Punjab traumatized me during my childhood. I had always listened to the ill effects of pollution and had never experienced it myself. However, when I did; it was terrible. I shared my story where a person died on the spot due to SMOG as he was unable to see the parked car due to a white blanket of SMOG; caused by air pollution. It was also the first time for me to experience a person dying in front of my eyes. The memory of the scene, the blood, and the driver laying there still haunts me. At that time, I made a life-changing decision – I will try my best to reduce the air pollution which in turn will not play with people’s life and death!

I’m an aspiring artist. I’m in love with clothes and fashion. My temporary wish includes wearing the clothes that my favourite actresses in kdramas wore. That’s why I want to be a fashion entrepreneur in future. (Currently, I’m studying in 10th grade). I want to encourage Sustainable Fashion. Fast fashion is becoming popular by the day as most brands are adopting it. This industry is more harmful to the environment than you’d think. Whereas, Sustainable fashion means ensuring that at every step of production of apparel and accessories, the ecological impact is minimized, and more eco-friendly methods are practiced without exploiting resources. Therefore, I want to do something which is the need of today. I’ll try my best to fulfil my passion and at the same time protecting my mother earth from deadly problems.