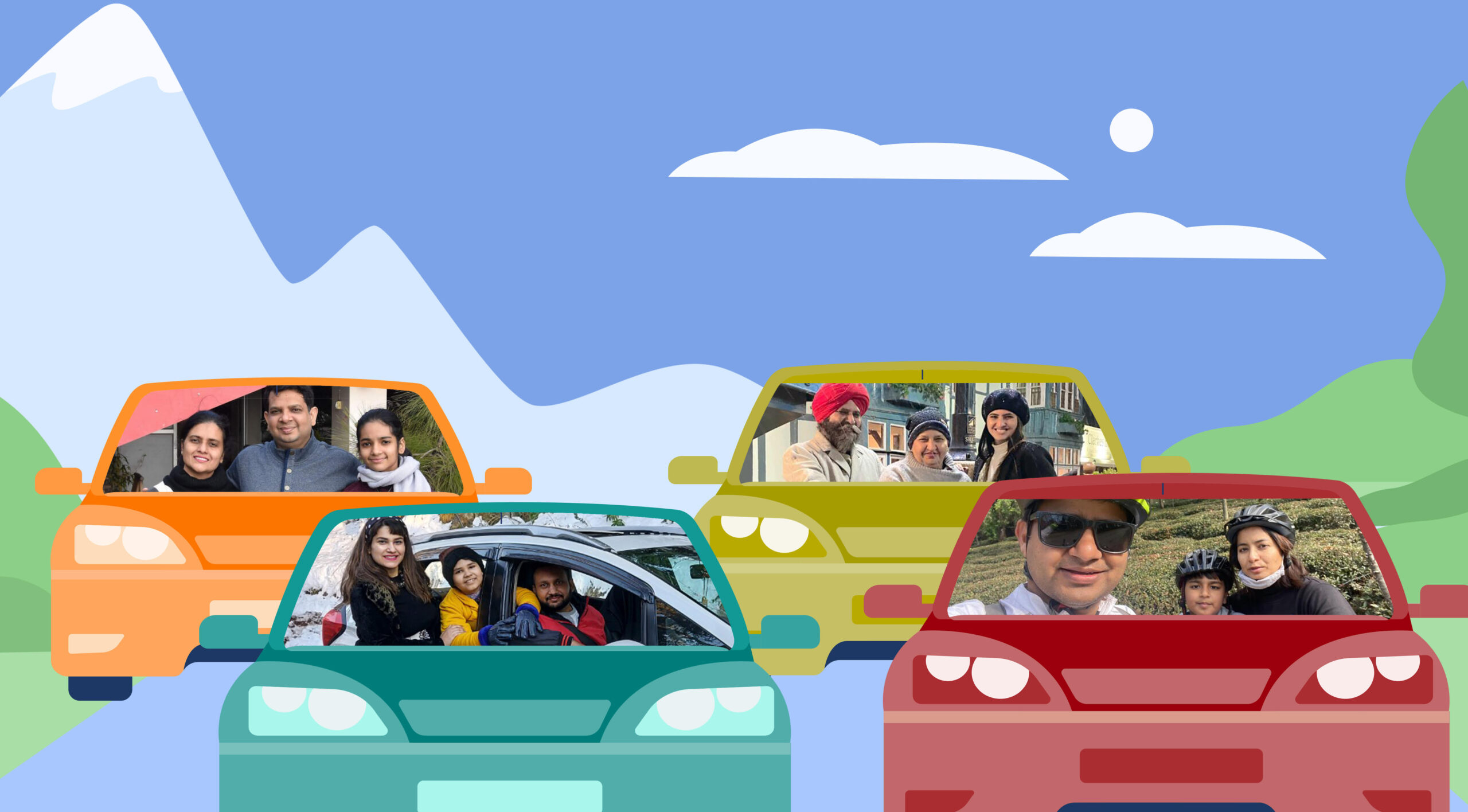 As we herald the new year with new hopes, and COVID vaccine in sight, many of us have started trying to bring normalcy back into our lives. The year-end saw a lot of Tricity residents going uphill, after spending months inside their homes during the pandemic. While things are slowly bracing up to get back normal, people have started taking the much-needed break by finally venturing out of their homes. Here’s how some Tricity residents welcomed the new year in the lap of mountains!

Bir-Billing, a tiny outskirt of Baijnath (Distt Kangra) has been on the international map for hosting the Paragliding World Cup and serene beauty, which made a top destination in Rawat family’s bucket list. So, this New Year, they decided to finally take the plunge and visit Bir-Billing.

The celebrations were a perfect blend of adventure for Sudeep Rawat, his wife Poonam Rawat and 11 years old son Tanmay who had not done paragliding from more than 8000 feet above the sea level but rejoiced mounting biking, jungle walk, savoured Tibetan food and Kangri Dhaam (authentic local food) and understood a bit about the rich Buddhist culture.

During their sojourn, numerous monasteries were closed, and the Lamas were not too receptive due to the aftermaths of COVID-19; bringing a score of disappointment for the Rawats.

Going to the hills for Christmas/New Year’s Eve has been the little family ritual for Kritleen and her parents, and although they didn’t want to break it given the circumstances, they took a leap of faith and went to Shimla for the holidays. They appreciated the fact that the Himachal Govt was very particular about the safety protocols.

On reaching Shimla, it started snowing and they had a ball of time: dancing around in the snow. “There were police guards all along the Mall road and stringent fines/punishments who don’t wear masks. It is all safe if you maintain proper hygiene and social distancing. If we had let fear take the better of us, we would have missed the season’s first snowfall. Don’t let your fears hinder your trips. Believe me, it’ll be worth it,” smiled Kritleen.

The Garg family made a short trip to the Kasauli Hills where they didn’t find much change owing to the pandemic, apart from people wearing masks. While they thoroughly enjoyed being in the lap of nature, they felt that not much social distancing was maintained by the tourists, but there was less occupancy at the resorts. They claimed that the room tariffs were comparatively less than the normal days, which proved to be a brownie point!

“The year 2021 has arrived with lots of hopes and aspirations, contrary to 2020, which had not given much good to the world and thus, we also thought and planned in such a way that we may welcome 2021 on a high note,” shared Vikas Harit who planned a new year trip with his family to one of the most natural and beautiful hill station, Patnitop.

An amazingly beautiful hill station in the UT of Jammu & Kashmir, around 110km and a three-hour drive away from Jammu, Patnitop is sure to mesmerize you with its picturesque & scenic views. Every patch of this heavenly hamlet enriches the travellers with the deepest intensity of eternal bliss and calmness.

Preeti shared that the place was not crowded as it used to be in pre-COVID times, but the people around there were really opening up to the all-new setup, with some precautionary restrictions and were trying to be a bit distant from each other. She further informed that the vibes around the place were filled with positivity, and the trip left many beautiful memoirs which they had never felt before!