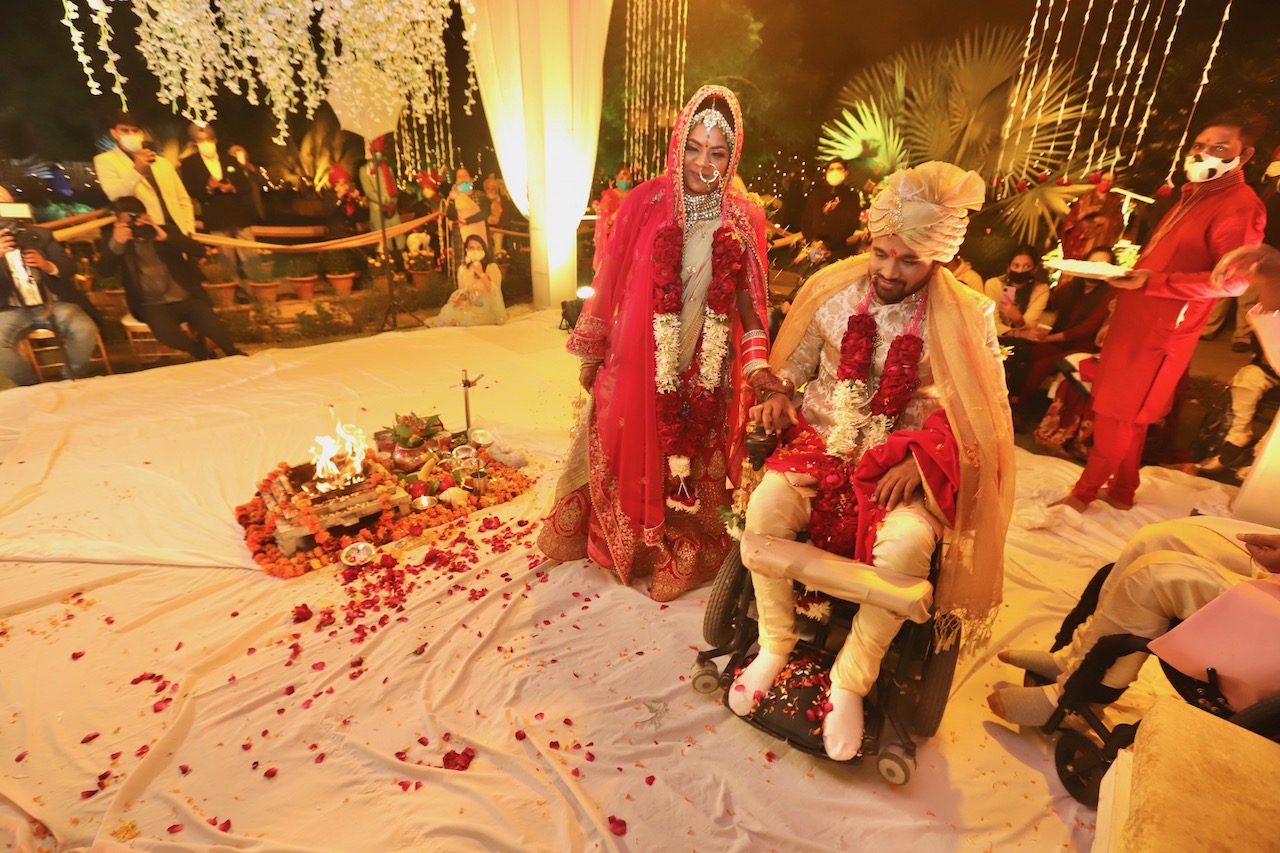 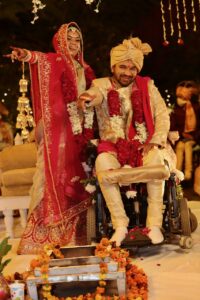 There can’t be a better birthday gift for anyone than to get your loved one for a lifetime! Chandigarh Spinal Rehab in Sector 28 here has been buzzing with activity, as one of its inmates got married here on Monday. It was no ordinary wedding, as the groom Rahul is a quadriplegic while his bride Anamika has no disability and after a lot of ‘struggle’ convincing their families, they have been able to finally get married.

It was one of its kind weddings as Rahul took pheras on his wheelchair with emotionally charged Anamika following him, taking vows to take his care all through as she has been doing all this while. The wedding was hosted by the Chandigarh Spinal Rehab which is taking care of all arrangements and expenses. Today was incidentally Rahul’s birthday as well.

Their story is inspiring and one of true love. The couple, Rahul Singh Diwakar and Anamika Bhartiya, both 29, had known each other since the year 2000 when they were just nine as neighbours in Fatehgarh. It was in the year 2008 that they started liking each other.

Giving details about their journey of trauma, love and then love dimming the scars of trauma, Rahul said, “I always used to once meet Anamika before leaving my place for any work, but that fateful day (March 13, 2016) I was in a hurry and didn’t meet her. I was going to appear for the AAO exam and was sitting in a pillion on the bike when our bike slipped and I suffered injuries on my back. I was taken to the hospital by my friends but I wasn’t aware of what lay ahead in life.”

With tears in his eyes, Rahul, while talking about the strong bond between him and Anamika he said, “She never let me feel I was disabled even when my lower half was completely paralysed. My father was in the army, and mother and sister are teachers and I was left all alone at home, when she would take my care till the family was back in the evening.” This went on for three months till his father was transferred and Rahul and his family shifted to Lucknow in 2018.

“Even distance could not part us, and I used to talk to Rahul for 7 to 8 hours on phone daily as Rahul was very depressed but I used to keep his spirits high. I went to Lucknow without telling anyone at home and tried to convince Rahul’s family for marriage but they didn’t agree. I went again last year but for his father it was a firm No”, said Anamika. When asked how she never thought of Rahul’s disability while marrying him, she questioned, “What if he had suffered the injury after our marriage? Would I have left him then?”

Anamika had lost both her parents – six years ago her mother from bone cancer and a couple of years back her father who died of brain hemorrhage.

Mrs. Nicky P. Kaur, Founder and CEO of Chandigarh Spinal Rehab, said, “It was in September that Rahul came to Chandigarh for treatment when he got to know about the centre through the internet. Rahul who is a B.Tech, has just recently managed to get a job in an MNC and is undergoing training. Anamika has also been putting up at the centre ever since Rahul came here. I wanted to make sure their wedding is as grand as I did for my own children and we have allocated a furnished room for them and they can stay for as long as they want to.”