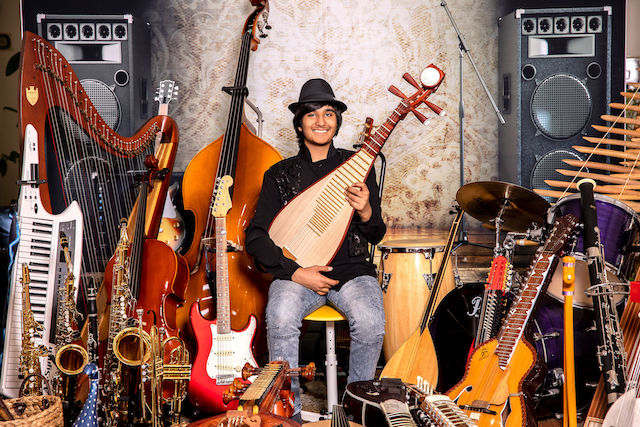 Neil Nayyar is no ordinary teenager. At a tender age of 16, he has already carved an identity for himself as a music prodigy, holding two world records for mastering 107 musical instruments.
His parents, who are now in California, spent several years in the Tricity, as his mother Sukhbinder Kaur was a nurse in PGI while his father Rajan Nayyar was in an electronics business in Panchkula before they decided to move to California.

He was just five years old when his parents realised his love for playing musical instruments and he started playing a drum set at this tender age. Sometime later, he also mastered both piano and guitar, while instilling a zeal to learn even more.

This young prodigy recently spoke to Tricity Scoop about how his passion became an incredible journey for someone who now aspires to become one of the foremost instrumentalists in the world. 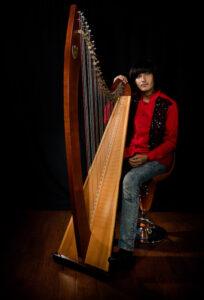 Walk us through your journey as a multi-instrumentalist. How and when did this start?

I guess you could say I started in the womb. When my mom was pregnant, my dad read that listening to Mozart helps form the heart, soul, and mind. So, he decided to test that theory and bought a small speaker to set on my mom’s stomach while I was in the womb. My parents gifted me my first drum set at two years old, but I wasn’t interested in it. However, at the age of five, my parents tried again when they took me to a free drum class. They told me that after two lessons I was playing better than someone taking lessons for two years. So, they signed me up for drum lessons, and that is where my journey began.

After starting drum lessons, I was excited to try other instruments at local music stores, and my parents were eager to help me explore my natural talent. My parents and I noticed that I could easily pick up on new instruments and began to look at more lessons for me. After reaching my first goal of learning 12 instruments in 2016, I saw someone who held the record for playing the most instruments. He was only 23 and played 27 of them. I decided that if he could do it, so could I. So, I began learning to play as many as I could, and by the end of 2017, I could play 44 instruments. I can now play over 107 instruments and practice for 6-8 hours daily. I am happiest when I’m playing music, and it is what helps me connect with people. My favourite part of learning new instruments is understanding the culture that comes with them. 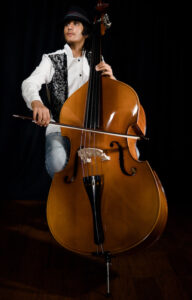 What inspired you to learn so many musical instruments? How do you train yourself in the same?

Different sounds always attract me. Whenever I go to music stores in childhood or even now, I love to explore different sounds coming out of different instruments. Then I love to get them and learn to play them properly. The variety of sounds is my inspiration to keep exploring new instruments in the world. When I get a new instrument, I start to play it on the spot without any help. Later on, I got a teacher who can teach a specific instrument, its techniques and the right way to play it. The right guidance helps me not form a wrong habit, which takes a long time to fix. I have had more than 100 music teachers in the last 10 years of my musical journey.

I am inspired by very famous artists of the world. My favourite musicians include Miles Davis, Carlos Santana, Bruno Mars, Zakir Hussain ji, Chris Martin, A.R. Rahman ji, Pandit Ravi Shankar ji, Teresa Teng and Billy Joel. Their music is so mature and so rich, that I just surrender to their work. 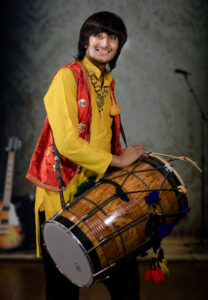 How do you manage your time between practising music and studying?

When you’re not playing music, what are you usually doing? Do you have any go-to places in Tricity?

I usually play music. In case I am not, I do watch Bollywood/South Indian/Hollywood movies. I am also a Black Belt in martial arts. I do practice my routines two to three times a week. I do cycling, drawing, painting, reading etc. On my next visit to Tricity, I will go to the Rose Garden, Rock Garden and Sukhna Lake.

Where do you see yourself five years from now?

I will be pursuing my music degree after high school. I am looking forward to becoming a Film Composer and Music director. Acting is another hidden passion. I go for auditions in commercials and films. Recently, I got one audition and was selected for Honda Car Commercial. One commercial is already on air and another is scheduled for the end of June. I composed and played music in both commercials. I got a role in an Education Film where I will be acting as a Sikh guy. My music is connecting me to the TV/Movie industry. I will be releasing my first album and first music book in the next few months. I got selected for Grammy Camp and will be attending camp in Los Angeles in the month of August. 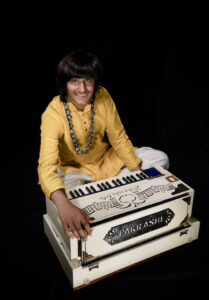 Which is your favourite musical instrument?

Actually, I love all instruments. They are all very close to my heart and I spend hours and hours refining my skills in each of them. If later things change, I do not know.

One final message for the residents of Tricity.

I want the younger generation to know that you can reach incredible heights if you’re consistent and genuine with your passion. Remember, it is ok to fall, but be sure to get up and keep going. Finally, I want to urge parents to find what their children are passionate about and support and nurture it early.

You can read more about Neil at www.neilnayyar.com