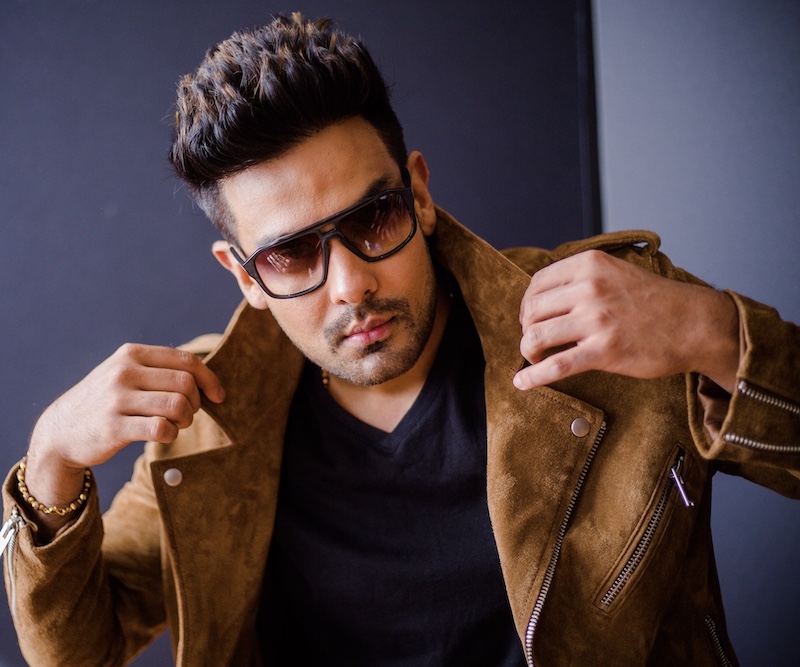 A Musical Journey – From Punjab to LA 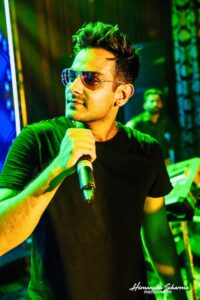 Rahul Lakhanpal started singing at the tender age of 10 years and elevated this talent to another level after pursuing a Bachelor of Architecture degree from GNDU, Amritsar and Master of Science degree from Texas A&M University, USA. It was in Texas, during his university performances, that this talented youngster got a break, and his music career got a kickstart!

Continuing with his passion, Rahul participated in Sa Re Ga Ma Pa – USA, and ended up in the ‘Top 5’ category winning the hearts of judges and television audiences across the USA. In the next decade, alongside working as an engineer, Rahul never receded for a single moment from his true passion. He collaborated and performed live with the likes of Suresh Wadkar, Aadesh Srivastava, Sukhwinder Singh, Sushant Singh, India’s sensation Kapil Sharma, Sunny Leone, and Rahat Fateh Ali Khan.

We at Tricity Scoop in our last story on the NRI series, spoke to Rahul about his musical journey from a small town in Punjab to making it big in the USA.

Your musical journey is no less than a dream come true! Tell our readers about your story from being born in a small town in Punjab to living the American dream? 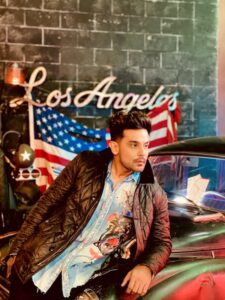 What drove me was passion. Passion for live music, spirituality, liberation, rock, creativity, and performance. Passion to never ever give up. I realized that the circus of music life is competitive and cruel, and the pinnacle is reserved only for those who Dare to Dream!

I was born in Jagraon, a small town in Punjab, and was raised in Ludhiana. I started learning Hindustani classical from Professor CL Bhalla in Ludhiana at the age of 10, and further exposed myself to genres such as Punjabi Folk, Bollywood, Pop, and Sufi music. My cherished Indian musicians are Nusrat Fateh Ali Khan, Lata Mangeshkar, Ustad Salamat Ali Khan, Mohammad Rafi, my present guru / Ustad Sukhdev Sahil, and poets – Gulzar and Bulleh Shah.

I completed my Bachelor of Architecture degree from GNDU, Amritsar and Master of Science degree in Texas, USA. I was selected in Indian Idol 1 auditions in 2004 from Chandigarh, but my parents didn’t let me participate further because of the uncertainty in the field of music, and my ongoing college.

sLater, in 2008 I was selected to participate in Sa Re Ga Ma Pa USA edition which was shot in Dallas, Texas. Although I didn’t win the show, I won the hearts of many viewers and judges Aadesh Srivastava and Suresh Wadkar. SRGMP was a big boost in my musical career.

I then graduated and continued my American Dream with a successful career and a good life in San Francisco, California – the land of dreams.

How and why did you venture into the music industry? How was it initially and how is it now? 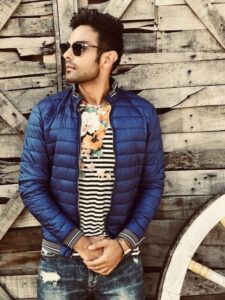 I frequented the city of dreams, Los Angeles, where I met Hollywood producer Nazia ‘Naz’ Khan. Nazia who worked at Radical Media with director Dave Meyers has been at the forefront of the music and movie industry in Hollywood working with artists such as Missy Elliott, Pharrell Williams, Pink, Jay Z and Brad Pitt. For over a decade, Nazia has worked on Hollywood films such as Ocean’s 13, The Curious Case of Benjamin Button, World War Z, The Revenant, Moonlight, and many more. She liked my music, singing style and overall talent instantly.

Nazia was amidst promoting her upcoming Hollywood film ‘The Tiger Hunter’ and introduced me to the director Lena Khan who asked me to audition for this opportunity.

I have been a huge fan of the Indo-American movie genre, the likes of American Desi, Where’s the Party Yaar, etc. and I am a huge fan of actors Rizwan Manji, Danny Pudi, and Kal Penn. This was a perfect opportunity, and I along with my friend Vineet Bailur composed and produced three tracks out of which one was selected by The Tiger Hunter team as the Main Credits Track ‘Chicago Land’ which perfectly represents the theme of the movie—an Indian boy chasing the love of his life in 1970’s Chicago, USA. The song genre is 1970’s Chicago Blues—influenced by legendary Rock N’ Roll Hall of Fame inductees and Chicago Blues artists such as Buddy Guy and Muddy Waters. I am the composer and lyricist of the song along with Vineet Bailur. The movie and the song are available on all major digital platforms.

I have released a plethora of independent songs along with music videos on YouTube and various other digital platforms. My songs are mainly in genres such as Sufi Rock, Retro Sufi, Punjabi folk, pop and Bollywood ballad.

What encouraged you to relocate to LA? How different is life there? 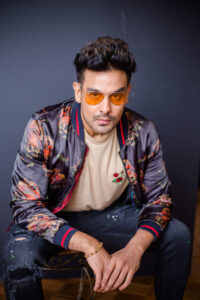 Los Angeles is the Mecca for all the artists worldwide. It is quickly becoming a major hub in the art world and it’s among the most expensive places to live in. Los Angeles is known for its large music scene and is filled with different kinds of producers, vocalists, DJs, and musicians that are all looking to collaborate and work with each other. Since networking is essential when building a career in music, LA can bring valuable connections to your professional activity. I am fortunate enough to be living around LA and getting first-hand exposure to the Hollywood film and music industry.

My first Hollywood film “The Tiger Hunter” project as a composer and singer encouraged me to move to the LA area and work towards my goal of working full time in Hollywood.

What is the one thing that you miss the most about India while being there?

I am very attached to my roots, my culture and Punjab. I love India and my people. I try to visit India multiple times a year because of music and other associated projects but things have changed since COVID. I am visiting again in April this year for a variety of musical and film projects. I also miss the food and all the festivals in India.

Tell us about some of your upcoming projects?

My upcoming independent music projects are in genres Sufi Rock and Retro Sufi. I am also working on a couple of upcoming Bollywood films and one Pakistani movie as a composer/singer.