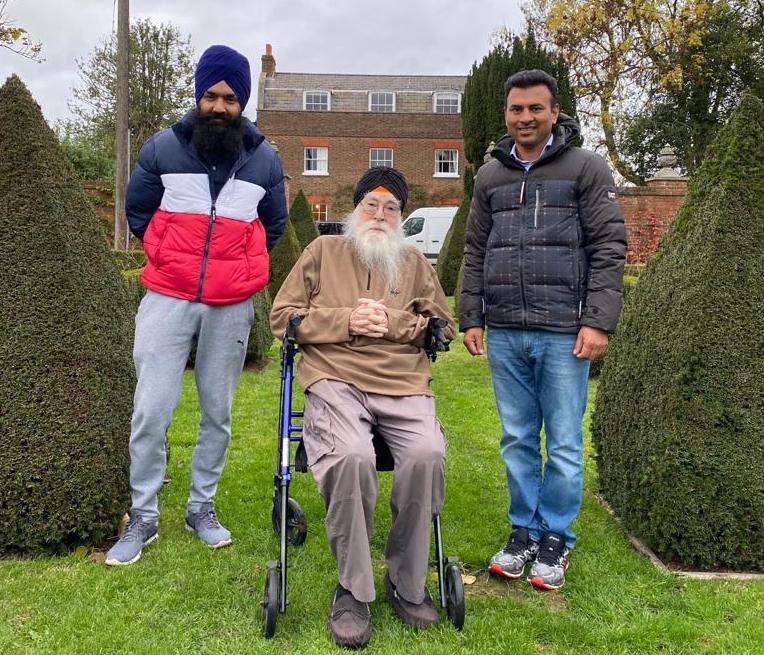 A Journey Undefined, Yet Successful

Presenting to you the successful journey of an inspiring man from a small village called Nathowal in Ludhiana, Punjab to the United Kingdom.

From taking an extreme step to end his life to becoming an illegal immigrant and getting arrested by the Immigration twice, today, this man is famously known as the Owner/Director of Multi-Millionaire Construction and Property Development company “Buttar Construction Ltd” in London, United Kingdom.

When God holds your hand, you can achieve anything in life, irrespective of the challenges you face or hurdles you cross. The same happenings and difficulties were faced by Hardial (Karan) Singh Buttar who started his career with a small bank in his native village. At that time, his income was so low that he couldn’t afford his basic needs, but today, he has created his identity as the Owner/Director of a Multi-Millionaire Construction and Property Development company in the United Kingdom. 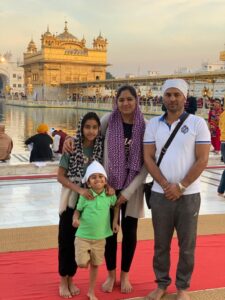 Coming from a normal middle-class family of 3 brothers and one sister, Karan kicked off his working career from his native village Nathowal in the District of Ludhiana, Punjab.

For the family, their bread and butter came through a small income from their agricultural land. Even Karan’s income from Punjab National Bank’s job was so low that he wasn’t able to satisfy his basic needs. However, he modestly admits that he had learned so much about banking and balance sheets in those days, which eventually proved to be a core component of running his own business in the UK. His hard work was not only limited to bank jobs, but he also managed to work early morning hours with the Nestle dairy so that he could contribute more to his family’s needs. 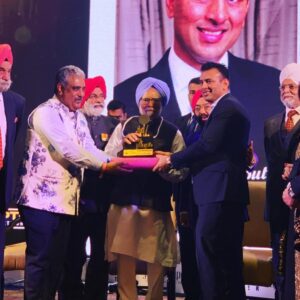 Even after Hardial managed to marry his sister with most of his hard-earned income, a major tussle within the family forced him to take an extreme step to end his life. Somehow his friends saved him and gave him a new birth!

After the incident, he was unable to face the people of the village and he eventually decided to leave the area. Later, one of his acquaintances offered him to go to England and he immediately accepted the offer. The very next day, he entered the land of the United Kingdom illegally.

Destiny is not always defined, one has to do the efforts to make things happen, and the same has been evident in Buttar’s journey.

Buttar, when arrived , had thought that he would get jobs in sectors from where he would rise himself and gain respect. However, he was unaware that an illegal immigrant’s life is quite tough and hard. He got his first job in the shop for just £15 a day which he decided to quit after a month, when he received his salary. Later, he joined a builder and started working in the construction sector. There he was often scolded, and he didn’t get his due respect. So, he refused to do the labour work and accepted a challenge to become a self-made man. 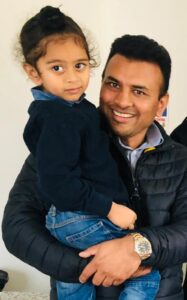 And the Journey Continues

Karan changed his destiny with his diligence. He faithfully worked with various contractors to learn different traits like Skimming, Roofing, Brick Layer, Kitchen work, woodwork and so on. After gaining a good amount of experience in most of these attributes of construction, he had in his mind to rise to the foreman level. Eventually, he did, but somehow, he had fears of being captured in the hands of immigration which may have resulted in the destruction of his career even before the start. But, as he always says “Waheguru Di Mehar Rahi”, he used to go to Gurdwara Sahib to listen to ‘Gurbani’ and ‘Path’ near his living place in Southall.

He always says, “It is only Waheguru who saved him from all the extreme difficulties and drove me on the right path of success. I still go to Gurdwara Sahib to do ‘Seva’ whenever I get time.”

“I have never thought of going this way where I am. I always thought of becoming a Foreman so that I will always be respected wherever I go and whatever I do,” Karan said.

“Life turned and destiny took me to another side when I met Didar Singh, Jassi and Mayor Singh who were well established in Plumbing and Electric business here in the UK. Jassi was the man behind setting up this business as he helped me a lot in every phase to reach heights. Whatever I am today is just because of his intelligence, extreme support and guidance,” told Buttar.

He started his own company Buttar Constructions Ltd and this was the time when he got more zeal to push the brand to the top with all his diligence and experiences that he had gained through various contractors and colleagues he worked with.

A Jolt from the Immigration

Commencing the business was a great start for him as he got 3 jobs in a row when he stepped into his own business career. However, unfortunately some rivals complained about his illegal immigrant status and he was arrested by UK Immigration and was detained to the centre from where he was about to be sent back to India. Luckily, destiny had some other plans for him. Due to his kind nature, friendly attitude and grace of Waheguru (which he always believes), his deportation was cancelled on some grounds and he got free from the detention centre and again started focusing on his business.

The Pillars of Success

Karan always says that his strength is his all workforce, whether they are the one who handles sites or the one who handles office work such as accountant, architect, manager or others, he gives credit to each one of them. However, he always gives special credit to Jassi, who ignited a fire in him to become a self-made man. He also gives equal credit to his wife Harpreet for being sustainable support for all this while. Amongst family members, Ranjit Singh (Ladda) always stands beside him to support in business and guidance. As Karan said, “If I started counting names, there are so many who helped me and supported me to rise, still I name a few who are Surinder Singh, Azim Bakshi, and Ravi, who are handling current running sites to achieve me further goals.”

Moreover, he is always thankful to his old buddies Sunny, Jassi and Mayor who held his hands to push him to new heights. During the talks, Karan mentioned a name Gulzar who gave Karan a cheque of £10000 for his hard work and said, “Here’s your return to your hard work and now you can pay back your debts of that immigration agent who sent you here. This thing touched Karan so deeply that now if anyone comes to work with Karan in the UK, he helps that person extensively to remove all the debts he has while coming to the country.” 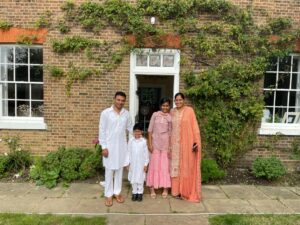 Karan has a kind heart in helping people across the globe. From his starting days in his native village, he used to help the needy with whatever he earns as per his capacity. “I have always been helping those who actually deserve it and need it. I have been helping students to pay fees for their IAS/IPS studies who can’t afford it. Not only this, I also helped a number of students who came here to the UK in 2008, as they were finding it hard to find jobs. So, I helped them with some small jobs in order to sustain themselves while they were studying. More to it, I have been helping the family of farmers who died during the farm protests in Delhi,” he explained. Moreover, he has also unconditionally helped people with disabilities by providing free wheelchairs to them in Punjab.

Owing to his countless acts of kindness and a genuine help to the needy, he was awarded the prestigious ‘Jewels of Punjab’ award by former Prime Minister of India, Dr Manmohan Singh during an award function held in Delhi.

Wisdom to the Youth

A true gem of a person and an inspiring entrepreneur, Buttar serves as an inspiration to the youth across the globe.

So, as per his experiences, he shares, “If any young person comes here with a zeal to learn and praise his work as God, he will never fall in life and success will follow him definitely. It is not just relevant to the construction field. Every field requires hard work, dedication and faithfulness to grow in life.”