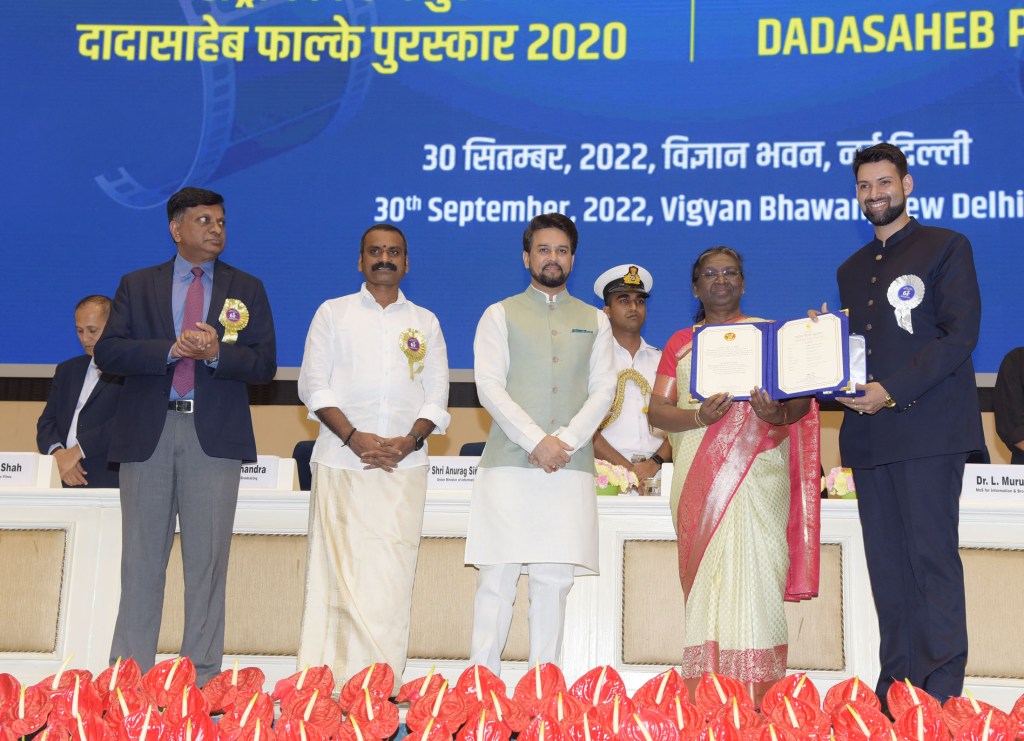 Ojaswwee Sharma was recently bestowed with the ‘Rajat Kamal’, Special Jury Award, for ‘Admitted’ by Hon’ble President of India Droupadi Murmu at the 68th National Film Awards Ceremony by the Government of India.

Elaborating on the occasion and on his forthcoming films, Ojaswwee Sharma highlighted, “It is a beautiful feeling that comes through the apex validation and my endeavor would always be to bring forth stories that shall evoke a sense of morality and responsibility among viewers towards unseemingly ordinary things in the society. It is overwhelming to see Admitted get such recognition, respect, and honor from not only the audience but an esteemed jury of the 68th National Film Awards. I am overjoyed by the appreciation, and I thank the Ministry of Information & Broadcasting for bestowing upon me this award, ensuring that stories of all formats and genres find their space in films.”

He further added, “India as a nation is extremely diverse where people from all genders, ethnicity, orientation, religious beliefs with versatile interests reside together. There are innumerable issues in the country, whose discussions and solutions can certainly be brought up through films, which have a major edge to be seen by a large segment of the population. Films hold the power to be meaningful along with being entertaining. We have worked hard over the years to ensure that a balance of all is maintained in our films and the films are gradually being seen by all age groups, worldwide, because of the strengthened distribution networks and the internet, which have made such films accessible.”

‘Admitted’, a feature documentary, explores the largest case of Transgender Education in a mainstream public university in North India, further highlighting the 1st public washroom for transgenders in a public university, and the development of Transgender Rights, Education, and acceptance of mainstream pre and post the historic NALSA Judgement of 2014 of adding 3rd Gender to India.

It is a biographical docudrama on the life of Dhananjay Chauhan – the first transgender student of Panjab University – her life journey with a thrust on education along with gender identification, dilemmas, and expression in personal life and the LGBTQIA+ diaspora.