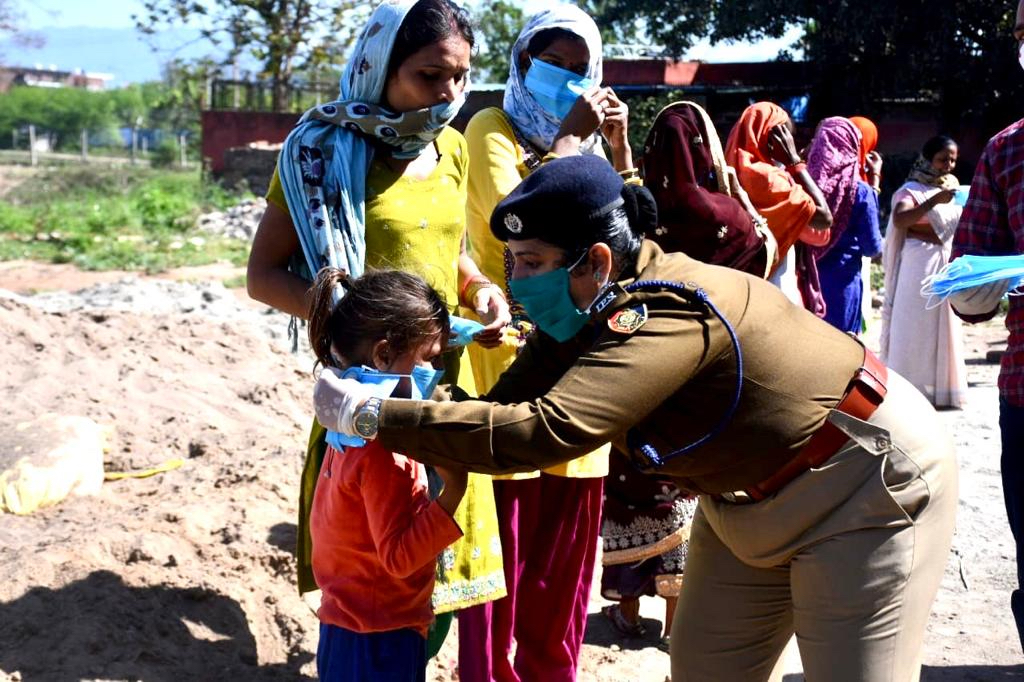 Beyond the Call of Duty

While most of us are complaining of being restricted to our homes under lockdown, there are others who are on the frontline risking their lives for us. They also have their families, who are missing them, but they are working for us as closely as would for their near and dear ones. Tricity Scoop this week talks to top cops on how they are managing such difficult times, and making things easier for us. We dedicate this story to Anil Kohli, 52-year-old Ludhiana Assistant Commissioner of Police (ACP), who lost his life fighting COVID-19.

Chandigarh SSP, Nilambari Jagadale, has a 5-year-old daughter and her husband is an army officer posted in Kasauli. While her husband is on duty, she is not able to give time to her daughter who misses her a lot.

“These days my daughter is at home because of the lockdown and she’s busy with her online classes and homework. She complains that I am not available to play with her but then tries to convince her that what I am doing is my duty and for the betterment of people”, says Jagadale while speaking to Tricity Scoop. She adds, “My husband is an army man posted in Kasauli and he is not able to come.”

When asked about how UT police was ensuring to make such difficult times people-friendly for city residents, she explains, “Keeping in mind the humane aspect to connect with people better to make them feel part of our families. We contacted 6000 senior citizens in the city and many had problems like inability to go to banks and post offices. They were taken in police vehicles for their work and dropped back home. A lot of senior citizens delivered ration and medicines at home. Even pregnant women were contacted and helped.”

She adds, “We did not plan anything and UT police is serving the people as the situation is evolving. Poor people are being fed and for colony girls sanitary pads are being distributed, besides also providing people with masks being made at police lines and Burail jail. Even the stray animals are being taken care of so that they do not become ferocious and start attacking people.”

On how Chandigarh Police is coping with VIP culture, she says, “Law is the same for everyone and we are enforcing the same irrespective of the fact if the violator is a VIP or a common man.”

When asked about safety measures for the policemen, Jagadale adds, “Besides taking care of people, we are also ensuring the safety of our policemen by ensuring protective gear and sanitisers for them. A proper screening was also done, besides regular sanitation of police stations and vehicles. Even the impounded vehicles of curfew violators have been sanitised including their keys.” 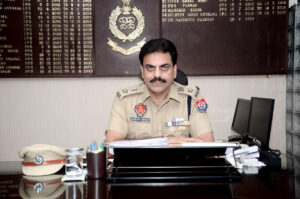 Mansa, SSP, Dr. Narinder Bhargav says his family is worried as he is out on duty but they understand that’s a part of his duty. “My son and daughter always ask me when I am leaving home if I have taken all precautions and I am wearing gloves etc.”, he adds.

In Mansa, we came across a unique gesture of cakes being distributed to families celebrating the first birthdays of their children. We also spoke to Bhargav about the human connect police have established with the people there.

“When lockdown happened, curfew was also imposed in Punjab, our focus was to ensure people got essential services. We deployed police in every village and ensured it maintained a connect with locals. We regularly followed up on feedback received from our field staff and from them we were informed that residents having first birthdays of their children were disappointed as they could not celebrate. It was then we decided that we will identify such families and deliver each one of them with a cake and they were really happy. We realised we can spread happiness without compromising norms.”

“We also made self-help groups for the needy to ensure ration supplies and Mansa was the first district which ensured home delivery of school books to students. We introduced free online education at Police Public School here in which students from any school could enrol”, he says, adding, online workshops were also started for children.

Bhargav further explains that tele-counselling was also started with the help of doctors for those having anxiety issues. Steps were also taken to ensure safety and care of policemen by proper sanitisation and ensured they have all amenities while performing duty. 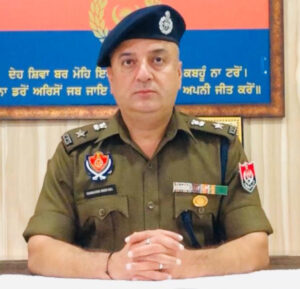 make it sure they call him a couple of times during the day asking if he is taking all precautions. “My wife and children know it’s my duty and we have to keep people safe and enforce curfew guidelines. But still they make sure they give me a mask every morning when I leave”, he adds.

Moga has also seen a lot of thoughtful gestures from the police. “A pregnant woman riding on a scooter with her brother was stopped by police during curfew. She was having labour pains and no hospital was ready to take her. It was then policemen took them to a nearby locality and called trained women to help in the delivery using motorcycle lights”, Singh explains. The SSP and DC Moga also personally went to meet the police personnel who got the delivery done.

In another case a couple which got married in a village near Baghapurana was felicitated at one of the roundabouts with a cake and gift by the police on their return from wedding, lauding the families for following social distancing norms.

The SSP explains, safety of policemen is also ensured by keeping police stations sanitised, providing them with safety gear. “In police stations also special vegetarian and non-vegetarian meals are being provided to policemen with fruits, dry fruits to boost their immunity levels. Rotational duty hours for cops are being ensured so that they get enough rest”, says Singh, adding that a lot of NGOs have also come together to help. Yoga classes are also being held for migrant labourers who are also being fed by the police with help from NGO’s.

“We are touched by gestures of residents also. In one such instance, a couple celebrated their marriage anniversary by donating masks to the police and we felicitated them with a return gift and a bouquet”, the SSP says, adding, such things bring us closer to people.